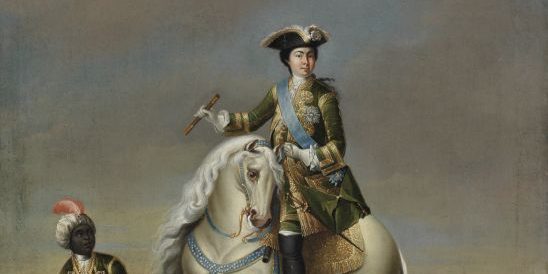 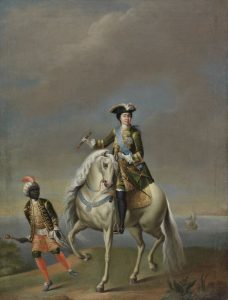 Her fate was one that so many young girls of every epoch desperately desired – to marry a prince and have a wealthy and a happy life. It’s hard to say now whether Catherine’s happiness was genuinely true, but her rise from illiterate peasant woman to Russian sovereign deserves special attention.

Here are just a few of the details:
• Her parents died in 1689. Of the plague.
• After being cared for by a Lutheran pastor, the pastor’s wife began to fear that Marta’s good looks would be too alluring for their son. The solution? Marry off Marta to a Swedish dragoon, Kruze, stationed in town.
• The two lived in blissful matrimony… for eight days.
• Russian forces captured the town, and Marta became the prisoner of the tsar’s close advisor, Field Marshal Boris Sheremetev.
• At Sheremetev’s house, Marta became acquainted with Peter the Great himself – and soon after, became his mistress, and eventually, his wife.

True, her reign was only officially two years, from Peter’s death in 1725 until her own in 1727. Yet Catherine, as Peter’s trusted confidante, had her share of influence during Peter’s life.

Catherine I may have started out as little more than an illiterate peasant with a twinkle in her eye, but her natural charm and wit, as well as her beauty, were what endeared her to Peter and enabled her to be a successful co-ruler for two decades. Her reign may not have been as long or as marked by advancements for Russia as that of her “Great” namesake, but the Other Catherine is also deserving of a revered place in the history of the Russian Empire.
#martasball #riga #historyoflatvia #martasballe#Latvija